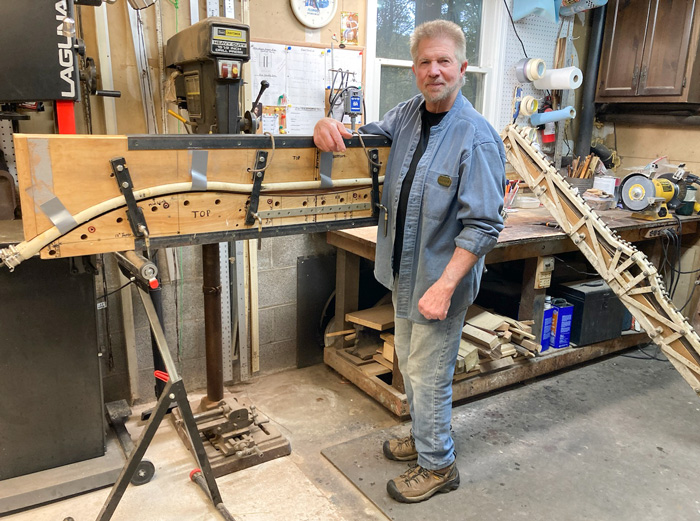 The Birth of
the San Marco
Eagle Longbow

As far back as I can remember, I have held an inexplicable fascination for the bow and arrow. As a young child and throughout all the seasons of my life, archery has been a strong part of what has defined me. Building traditional bows for some 47 years has only deepened and intensified my love and dedication to the science and art of crafting bows.

In my younger days, it was common for traditional archers to emulate the archery legends of the past (Howard Hill, Fred Bear, Saxton Pope, and Arthur Young). All of these archery icons shot heavy hunting bows, usually ranging from 65-85 pounds. Like many admiring followers of these hunting legends, I too conditioned myself to shoot these heavy hunting bows.

Little did I know that one day those heavy bows would exact such a toll on the muscles and joints of the aging archer. Through the years of pain and multiple shoulder surgeries, my ability to shoot the heavy bow steadily diminished. As the realization of my limitations grew clearer, I came to the painful acceptance that my injuries would limit my ability to shoot a bow of sufficient draw weight to ethically hunt.

It would be difficult to set aside my original longbow which I had refined, crafted, and sold commercially for so many years. However, as a professional bowyer, I fully understood the efficiency and performance limitations that are inherent in the physical design of a traditional style longbow. Contemplation of my situation and my passion for traditional archery would lead me to explore new ideas in bow designs. It was time for me to put my background in science and engineering into the development of a newly designed high-performance longbow.

After reviewing and shooting many of the more contemporary bow designs, a bow of “hybrid design” became the clear choice for my future bow development. One bow that particularly stood out in the performance field was a bow built by Larry Hanify of ACS Archery. His bows performed with a high level of dynamic efficiency along with excellent shooting qualities.

The many friendly conversations with Larry in which he generously spent time sharing information with me, would set me on a path that would ultimately lead to the design of a bow that would meet my performance needs. For this, I am extremely grateful to Larry.

After time dedicated to committed research and refinement in bow limb design, I developed a unique internal limb modification that has significantly increased the capacity of the bow limbs to store energy. This development has produced not only a substantial increase in arrow speed but a silky smooth non-stacking draw as well. This newly engineered limb has created a bow that exemplifies those highly sought after shooting qualities that bowyers spend a lifetime chasing. This is indeed a special bow that deserves and lives up to its name the “EAGLE”.

San Marco’s TRADITIONAL LONGBOW reflects his immersion of soul. It’s an exceptional work of art and beauty, reaching back in time with its design and ancient yew core, yet its gem-like quality makes it appear almost futuristic. The rich blending of warm woods and fiberglass looks as though the bow was poured into an exquisite, flawless mold. 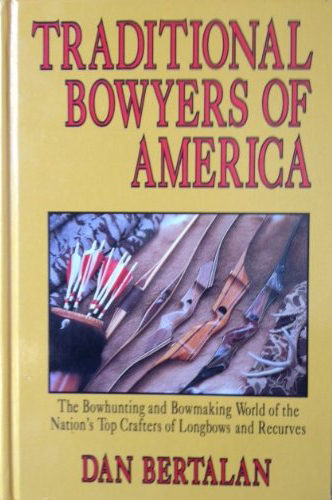 Made with ❤ DePinho Design